Kollam or Quilon, an old sea port town on the Arabian coast , stands on the Ashtamudi lake. Kollam, the erstwhile Desinganadu, had a sustained commercial reputation from the days of the Phoenicians and the Romans. Fed by the Chinese trade, it was regarded by Ibn Batuta, as one of the five ports , which he had seen in the course of his travels during a period of twenty four years, in the 14th century.

Kollam District which is a veritable Kerala in miniature is gifted with unique representative features - sea, lakes, plains, mountains, rivers, streams, backwaters, forest, vast green fields and tropical crop of every variety both food crop and cash crop, so called 'The Gods Own Capital'.

The town edges with the famous Ashtamudi lake. Many a foreign traveler has visited Kollam in early medieval period. It was one of the early centres of Christian activity in Kerala. It is said that the present town of Kollam was built by the Syrian Merchant; Sapir Iso, in the 9th Century A.D. The popularity of Kollam has been established by the time honoured proverb once you see Kollam, you will not need home any more. Kollam is an important commercial, industrial and trading centre.

The 144 ft. Thangassery Light House, built in 1902, is a centre of attraction. The Ananda Valleswaram Temple here, attracts people on almost all days. There are several Churches and Mosques in and around Kollam. The Pullichira Church was established in 1700 A.D. One of the oldest and most important Mosques in the Chinnakkada Palli.

Mahatma Gandhi beach & park at Kochupilamoodu, Thirumullavaram beach and Ashramam picnic Village, are some of the important spots of local sight seeing, Mahatma Gandhi beach lies just 2 Kms. from the town. It is fascinating place for an evening. Thirumullawaram Beach is 5 kms. from the town. The sea here is ideal for swimming and bathing. Asramam picnic village is located in the 48 acre Guest House Complex. This is the centre of various tourism development activities of the district.

The Government Guest House here is 200 years old. It stands along Ashtamudi lake and is a major attraction for its elegance rates. The adventure park, located in the shores of the Ashtamudi backwaters, is a novel experiment in the country. Different types of boats, including luxury cruise boats, power boats and motor boats, are available on hire from the boat jetty near to the Adventure Park. 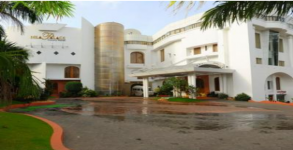 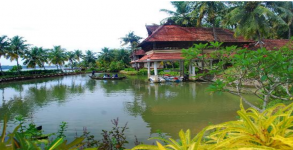 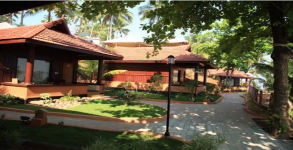 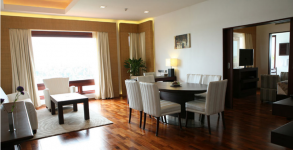